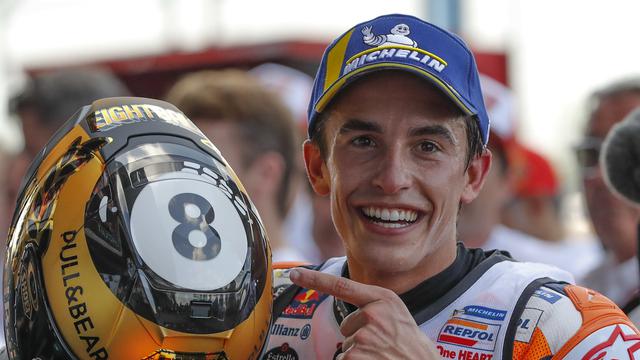 Marc Marquez managed to lock the 2019 MotoGP world title in Thailand which took place at Chang Circuit, Buriram, Sunday (6/10/2019). The point that has reached 325 is impossible to be pursued again by his closest rival, Andrea Dovizioso.

According to Yokoyama, Marquez is a typical smart driver. The Spaniard is said to be able to take maximum advantage of the motor he uses.

Another advantage of Marquez is that it can adapt quickly to the brand-new RC213V 2019 motorbike. Evidently, when the team adds top speed motorcycles, Marquez can use it well.

Yokoyama said that Repsol Honda’s mechanics had worried that the addition of top speed could affect the engine. However, the concern was gone because the motorbike was driven by the best racer in the world.

“Problems will come, but he is the best racer, so maybe he can handle it,” said the Japanese man about Marc Marquez’s sixth title in the MotoGP class as quoted by the crash.

Andrea Dovizioso: Marc Marquez is too tough on the MotoGP race track</strong

Marquez starts his preparations for winning the ninth world title in the Japanese MotoGP
AC Milan Coach Candidates: From Spalletti, Wenger to Gattuso