Mikel Arteta Justifies His Decision to Punish Aubameyang for Being Late Arsenal boss Mikel Arteta made a bold decision when the Spanish coach benched his captain Aubameyang for an important clash against Tottenham Hotspur. The reason behind dropping the striker is unique in modern times. The Gabonese striker was late, and that’s what made Arteta angry.

It was quite surprising for fans when they found out that Auba didn’t feature in the playing XI. The captain scored 9 goals from his last 12 appearances and thus not getting a chance against a ‘top six’ club was surprising for anyone in the matter of fact.

“I made what I thought was the right decision. (Behavioural standards) is the foundation and the platform that we can build something medium and long term that is sustainable. That’s why I keep talking about it and acting on it”, is what the manager said when he was asked about dropping the 31-year-old. Auba is facing a fine as well but the amount is yet to disclose.

Mikel Arteta clears that there’s no rift with Aubameyang

Aubameyang and Arteta share a special relationship. The coach played a huge role to keep the Gabonese in the Emirates after his contract was up after the last season. To add to that, Arteta also handed the captain’s armband to Auba. It deserves a special mention because Xhaka faced a lot of criticisms as a captain in the last season.

The Spaniard in the press conference said, “We have a way of living together that we have to respect each other and that’s it. But he (Aubameyang) is an incredible guy, he’s probably one of the most important players on the team, he’s our captain. These things happen, we move forward. Let’s enjoy the victory”. 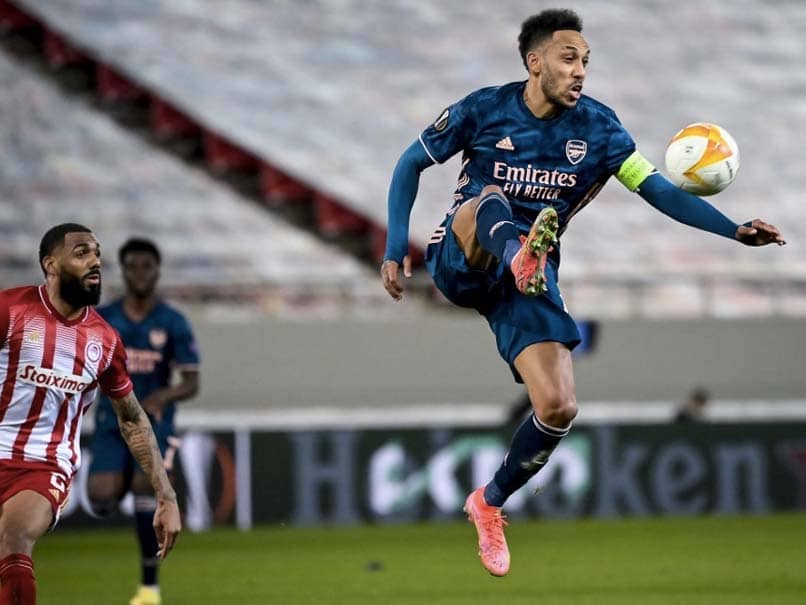 Even though Aubameyang didn’t participate against Tottenham, Gunners beat Spurs 2-1 after their stand-in captain Alexandre Lacazette scored a brace to secure a win. The pundits thought that the Gabonese might feature as a sub but to their surprise; it wasn’t the case.

Arsenal is next scheduled to face Olympiacos Piraeus next in a Europa League round of 16 clashes and Aubameyang is expected to make his return on this match. Gunners won the first leg 3-1 and will be facing the Greek side at Emirates on Thursday.