Generally, the game of basketball is enjoyable only when two teams are neck and neck all through the course of the 48 minutes. However, in some cases, the game gets a little more entertaining when one team annihilates the other in a brilliant display of skill and temperament. There have been many instances of domination in the NBA.

In some instances, the opposition was simply too good, whereas in some there were flashes of individual brilliance that took the game away. Some of these routs happened in the postseason, the most important time of the NBA calendar. That shows how much aggression and determination that goes into every game, where a slight falter could morph itself into something insurmountable in the blink of an eye.

Today, as the 2021 NBA playoffs beckon us, we take a look at some of the largest margins of victory in the league’s history.

In the 2011-12 season, the Kobe Bryant-led Lakers destroyed the Cavs in a game where no one could have predicted the tie to go otherwise. A string of injuries meant that the Cavaliers could not field their regular starters, and their fringe players just could not handle the pressure. Not one player from the starting five finished the game with double figures. When the entire team scores only 57 over four quarters, it is disheartening for the coach and players.

After LeBron James left in the offseason, the Cavs were left reeling and could not sign a good enough replacement. That being said, no one could have been as good as LeBron. Throughout this game, the team could not transition between offense and defense. They kept missing their shots and were lackluster in the defensive third.

After the game, Kobe Bryant said, “You don’t ever imagine something like that. You just go out there and do your job, and we did it for 48 minutes.”

The Chicago Bulls, as a franchise, are not accustomed to defeats in general ever since their superteam. Moreover, when the margin of defeat is as huge as 56 points, it sure does hurt a lot. In this game during the 2018-19 season, they were hapless in every single aspect of the match. They could not properly conduct their defense and had issues in getting to their spots when it came to offense.

For the Celtics, it was the usual suspects who did the job. Jaylen Brown and Jayson Tatum were once again at the helm of a destructive Celtics performance. Brown came off the bench to score 23 points while Tatum finished the game with 18 points. Apart from them, Daniel Theis also scored a career-high 22 points in this game.

This 56-point margin was the biggest win in franchise history for the Celtics and the biggest loss for the Chicago Bulls. After the game, Celtics coach Brad Stevens said, “I thought our guys were locked in. They played hard all the way through.”

This is one of the most recent blowouts in the league. The Oklahoma City Thunder, already faltering in the 2020-21 season, were no match for the Indiana Pacers in this game. As routes go, this one would hurt OKC in two ways. First off, they lost the game by a mammoth 57 points. And secondly, they allowed the Pacers to score more than 150 points for only the second time in their history.

Domantas Sabonis was simply exceptional in this game and was aided by a shambolic attempt at defense from the opposition. He had a triple-double even before the first half ended. That in itself is proof of the grip his team had on this game. Apart from him, Doug McDermott and Caris LeVert also contribute heavily towards the victory.

Sabonis was quick to admit that he had never experienced anything like this in his career. He said, “No, especially on the professional level. But we were just out there having fun. We didn’t even realize the score most of the time. We were just running our plays, trying to be aggressive and good things were happening.”

This match during the 2008-09 season was one of the rare occasions where the drubbing took place on the playoffs stage. Generally, the teams reach such a good flow and synergy with each other that all the games are almost neck and neck. However, that wasn’t the case here. The Denver Nuggets, aided by a magical performance from a young Carmelo Anthony were able to annihilate the Hornets in Game 4 of their series.

The New Orleans Hornets were in shambles that night and had no answers for what the opposition threw at them. It was as if the team had switched off while being on the court. By the end of the game, half of the arena was empty after seeing their team’s crisis.

Seeing their progress, The Hornets never even attempted to salvage the game at any point and the Nuggets just rolled over them with ease. Even legendary coach George Karl admitted that he had not seen anything like this ever before. He said, “Every coach talks about playing a playoff game, every possession having value, every possession having the intensity to it. I thought my team, probably in my career, I’ve never seen a team probably do that on every possession — as much as they did tonight.”

In the 1978-79 season, the game was much more physical than it is now. However, getting routed by as much as 59 points in a game was unheard of. In this game, the Milwaukee Bucks were especially good and the Detroit Pistons were extremely off-balanced. When that game is analyzed, every little stat comes out in favor of the Bucks. That shows the dominance they established on that night.

Old game tapes show that the Pistons were nowhere near being organized in the defensive third and simply could not pass the ball well enough. Watching professional basketball players make schoolboy errors is fun once or twice. However, when that happens all through the course of 48 minutes, it gets very irritating, even for the spectator.

Each of the five starters for the Milwaukee Bucks finished the game in double figures. However, the star of the show was Ernie Grunfeld, who came off the bench to score 27 points and six assists.

When the Charlotte Hornets faced off against the Grizzlies during the 2017-18 season, everyone expected the game to be a tight affair, with both sides landing significant blows. By the end of the game, it was clear that the Hornets were the only team who were able to land blows. When it comes to blowouts, individual performances rarely cut, However, Kemba Walker’s performance in this game becomes very hard to ignore.

He single-handedly forced the Grizzlies defense into discombobulation with sublime skill and technique. Without the suspended Dwight Howard, the responsibility fell upon him to deliver and he did so in every regard. Walker finished with an astounding 46 points to his name. Moreover, he sunk ten shots from behind the arc in that game.

After the match, Kemba Walker talked about his incredible feat. He said, “Tonight I shot the ball well. My teammates did a great job of getting me open. We just had to pick up our games because we knew Dwight wasn’t playing. I thought we did a great job doing that.”

In the 1991-92 season, the Golden State Warriors had not yet become the force to reckon as they are now. However, this game was an early inkling that everyone failed to catch. The Dubs annihilated their opposition on a night where the flow was magical. Every shot they took, every play they made came off with perfect timing and precision. The star of the show was NBA-Legend Chris Mullin, who got 32 points in this game. Apart from him, every other member of the team contributed heavily on both ends of the court. The Sacramento Kings, having a hapless season in which they lost 40 of their 41 road games, had no answers.

After the game, Chris Mullin talked about his performance and how it impacted the side. He said, “It was a once-a-year game. It was nice just good to play a nice game, to let it flow. Last night, I was out there thinking. All the things that used to happen naturally, I had to think about.″

The Lakers roster of 1971-72 was a thing to behold. Filled with stalwarts of the game like Wilt Chamberlain and Jerry West, the Lakers were a team that could dismantle every opposition with ease. However, a win by as many as 63 points was never expected, even from that squad of such high caliber. 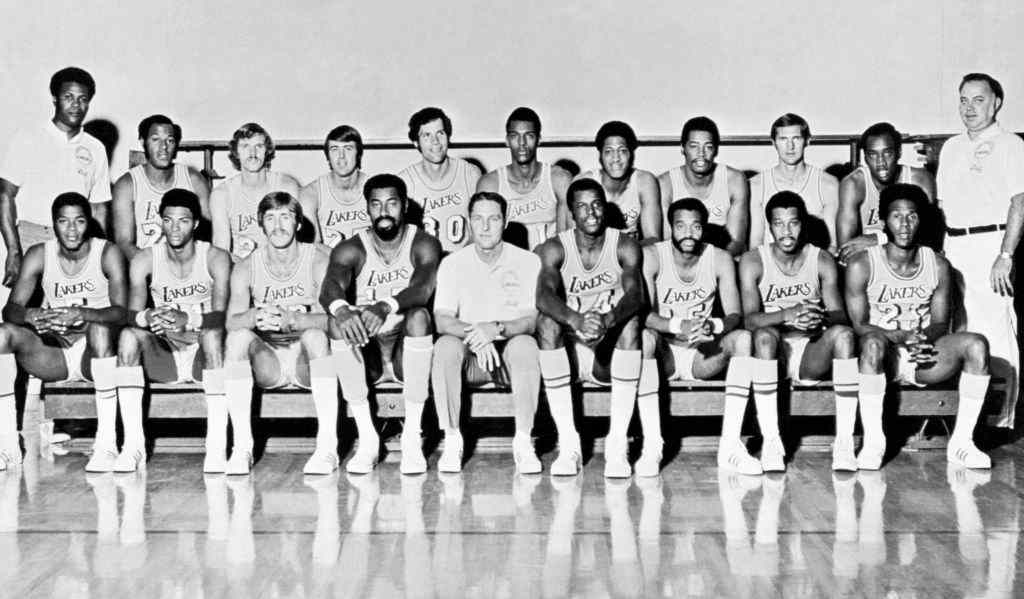 The Golden State Warriors were completely wrecked in that game. However, the more astonishing thing is that Jerry West and Chamberlain only combined for 27 points in the whole game. Gail Goodrich scored 30 points and Jim McMillan finished with 22. That Lakers side was complete in every aspect. Many sports historians credit that squad for setting a new standard in terms of their performance.

The Los Angeles Lakers went on to win the championship that season and are considered as one of the most dominant teams ever created.

This match during the 1998-99 season wasn’t a case of one team being overtly great, but rather this was a case of the opposition being bottomless in almost every single play. The Portland Trail Blazers were simply not good enough in this game and they were duly punished. 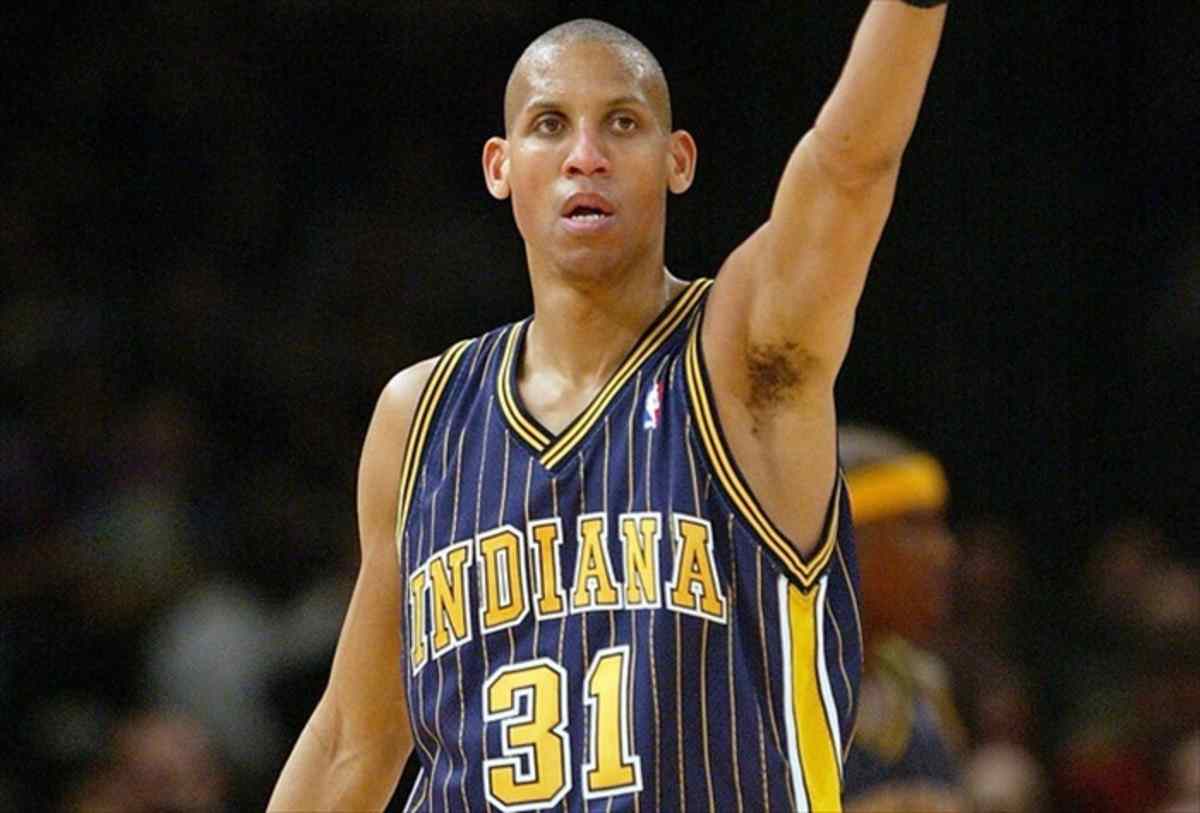 When a team does not even manage to score 60 points over four quarters, it demands a massive inquest. Their form was poor all through the season. However, this defeat was the single biggest wound in their illustrious history as a franchise.

That doesn’t take anything away from the Indiana Pacers. They were exceptional and were quick to capitalize upon every opportunity that presented themselves. All of their shots were going in, partly because of the non-existent defense by the blazers. As Mike Dunleavy admitted, that game will be remembered as an example of what happens if a team lacks game awareness and resolve.

After that game ended, Miami Heat’s Glen Rice admitted, “I don’t know what we played, but it wasn’t basketball.”. That sums up what exactly transpired in the game between the Miami Heat and the Cleveland Cavaliers. Annihilation is a small word when it comes to describing what the Heat players went through over 48 minutes.

The heat had no answers for anything that the Cavs threw at them, and it showed. Not one player was in the correct position when it was their turn to defend. The Cavaliers had a nice little outing in the form of a regular-season game, where they could score at will. The five Heat players on the court were virtually non-existent.

Such outcome is still marked as the largest margin of victory in NBA history. A 68 point defeat was unheard of in 1991 and it still is to this day. The abysmal performance by the Miami Heat made a lot of people question that whether there was something bigger at play here. In the coming days, there were many match-fixing allegations thrown about. However, nothing much came off it.