The game of basketball is primarily considered a team sport. Yet, a few flashes of individual brilliance in a game is always appreciated. When a player has the caliber and capacity to extend his brilliant run of form for an entire season, he is showered with endless personal accolades, not the least of which is the MVP award.

Keeping one’s form up while playing against the best players on the planet is a difficult task. But some legends have made it seem like a piece of cake. Every time they took to the court, the opposition got wary of their presence and made mistakes. Players like LeBron James, Wilt Chamberlain, and Michael Jordan have such a huge legacy preceding them because they can produce quality outcomes when it matters the most.

As the 2020-21 regular season comes to an end, we take a look at some of the greatest individual seasons in NBA history.

Larry Bird is undoubtedly one of the biggest legends of the game. In an era where the league was dominated by players of African-American origin, he was the only one who could perform at their level. A true Celtic great, Bird has given many memorable moments to the franchise during his playing career. However, the 1985-86 season was just one big highlight reel. 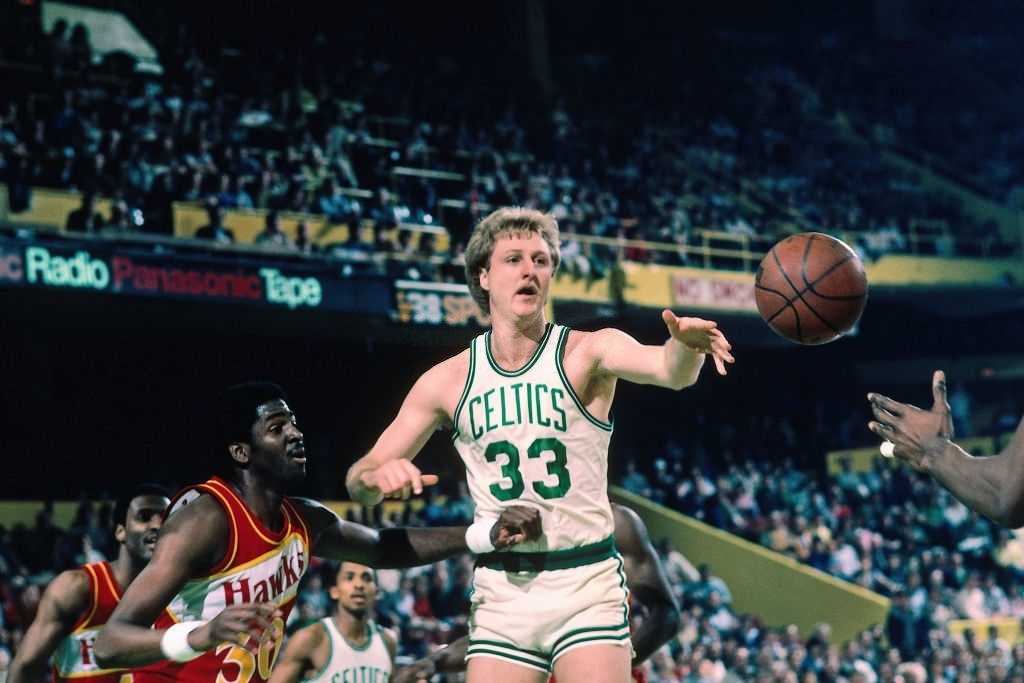 That year Bird was probably in the form of his life. No other team could handle his threat and had to resort to fouling. Playing for one of the most storied franchises in the league demands a certain level of game awareness, but Larry Bird was playing on a different level than everyone else. He averaged 25.8 points and 9.8 rebounds per game in that season. His performances propelled the Boston Celtics towards winning the championship that year.

With that is in mind, being the last year of his magical MVP run, he topped it off in style by winning the Finals MVP too. Defeating the Hakeem Olajuwon-led Houston Rockets for the title.

The name of Kareem Abdul-Jabbar summons memories of the iconic skyhook in a Lakers jersey. However, he had his most prolific season long before the move to Los Angeles. Just out of UCLA, The Big ‘A’ joined the Milwaukee Bucks and started lighting up the league.

His tall frame was a threat for every opponent he faced. He could easily tower over other players and make shots from impossible angles. That is why he is regarded as being unguardable in his prime. In the 1970-71 season, Kareem averaged 31.7 points and 16 rebounds per game. These stats were unheard of in a time where the league was much more physical than it is now.

Along with Oscar Robertson, Kareem Abdul-Jabbar went on to win the NBA championship, the first in Bucks’ history. Moreover, he also secured the MVP award for both the regular season and the finals.

Arguably one of the greatest legends of the game, Michael Jordan was simply a force of nature. Even when he was not in his prime, it was a tough job for the opposition defence to subdue his threat. By the 1990-91 season, Jordan had already achieved a lot in his relatively short career. However, a championship ring still eluded him.

That season, he managed to win the award with the Chicago Bulls. And with that, the era of MJ supremacy started. With a championship under his belt, he was a true legend of the game if he wasn’t already. “His Airness” averaged 31.5 points per game in that season. Every defense was terrified of his presence on the court because of his excellent game awareness.

The biggest factor in favor of Jordan was that he was not a one-trick pony by any stretch of the imagination. He contributed equally on both ends of the court. Even in defense, he was the one leading his team and rebounding the ball.

There are only a few players in the history of the league who have reached the degree of level as high as LeBron James. Ever since the start of his professional career in 2003, he has made a name for himself with tremendous athleticism and fantastic game awareness. His first stint with Cavs is where the world got an inkling about his brilliance.

In the 2oo8-09 season, Bron was simply unstoppable. Players seemed to bounce off him and he just went about his merry way. Scoring almost at will, he averaged 28.4 points per game that season. With not many other notable players around him, LeBron carried his side to the Eastern Conference Finals.

This is the season where the image of LeBron James was shifted from being a brilliant youngster to a fantastic leader of men. He guided his side every step of the way and provided match-winning performances at crucial junctures.

When it comes to shooting stats, there is only one name on everyone’s lips; Stephen Curry. What he can do on the court, no one else can even think of. The perfect amalgamation of skill and technique, Stephen Curry is arguably one of the greatest players playing in the league at the moment. Even in the current season, it is evident that he is single-handedly carrying the Warriors.

The 2015-16 season was the supreme example of what happens when a top player hits top form. Curry was simply unstoppable and a treat to watch for the spectators. His unlimited range is another thing that comes to mind when we think of that season. His accomplishments in every game resulted in the Golden State Warriors establishing a 72-9 record which hasn’t been bested yet.

Stephen Curry’s performance won him the MVP award that season. Moreover, he is the first and only player to ever win the MVP with a unanimous vote. Making the award a bit sweeter.

Wilt Chamberlain was unreal, as simple as that. What he did on the court cannot be explained to anyone who started to watch basketball after the advent of the modern era. Granted that the era was different and the league was a lot less competitive, but Wilt was a hooper in the truest sense of the world. 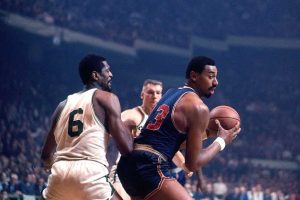 Chamberlain was a physical specimen. He’s tall and burly figure was the source of nightmares for many defenses during his prime. There have been seasons where Chamberlain has averaged over 50 points. However, the 1966-67 season will be remembered because of the impact he had on his team and the league.

He led the Philadelphia 76ers with grit and resolve and drove them to a championship victory. His stats were amazing as he averaged 24.1 points and 24.2 rebounds per game. There was no player who was as good as “The Stilt” during his playing days. Maybe that is the reason behind his flawless legacy.

There is no doubt about the fact that Shaquille O’Neal is one of the most dominating players the league has ever seen. His towering frame was enough to strike fear into the hearts of opponents. Moreover, he was surprisingly robust for his structure and could take defenses off guard with his skills.

Shaq was at his best in the 1999-00 season, where he was single-handedly dismantling the other teams. He averaged 29.7 points and 13.6 rebounds per game this season. His heroics led the Los Angeles Lakers to the championship, the first of this millennium. Moreover, Shaq won the regular-season and finals MVP.

There haven’t been many players who have come to America and taken over the NBA. Hakeem Olajuwon is probably the prime example of this. Hailing from Nigeria, the 7-foot tall Center took the league by storm with his exceptional playmaking and scoring skills. 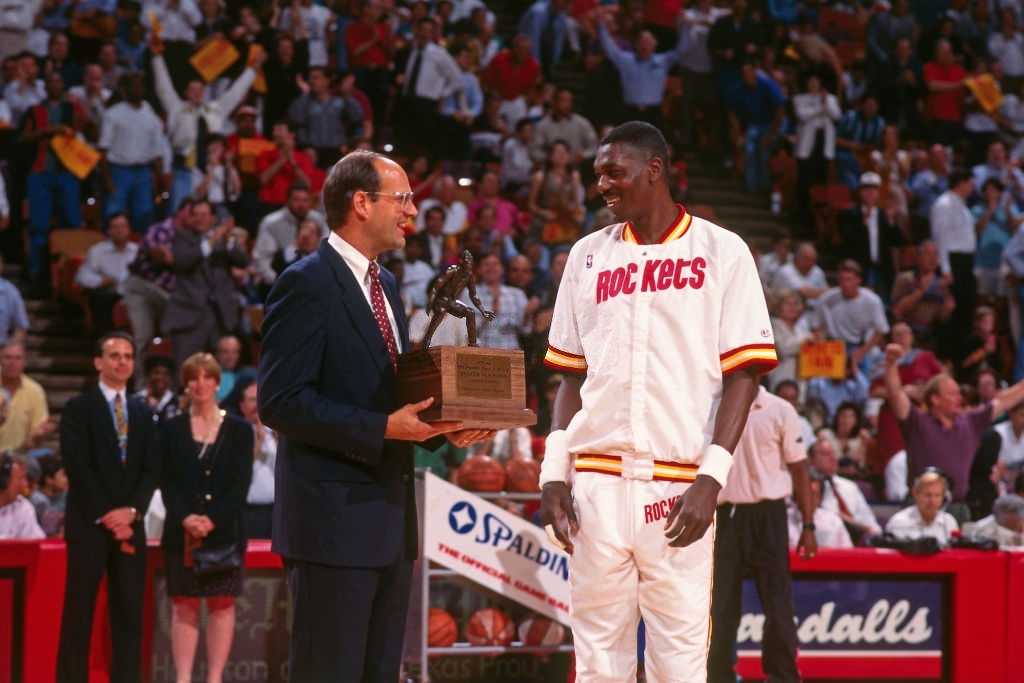 The Houston Rockets became the strongest team in the league thanks to Olajuwon’s efforts. In a team where there were no other stars, he was the only one who produced match-winning performances in every game. He was even awarded the MVP award and the defensive player of the year.

Hakeem Olajuwon averaged 27.3 points and 11.9 rebounds per game that season.

Such is the brilliance of LeBron James that we had to feature him twice in our list. However, the performances of LeBron in the 2012-13 season demanded a spot. Surrounded by stars like D-Wade, Chris Bosh, and Ray Allen, King James performed at a rung higher than anyone of them. He was the focal point of that Heat side which won the championship that season.

Averaging 26.8 points per game, LeBron showed everyone that he knows how to be a team player and rely upon his game awareness. In this season, his passing stats were out of this world. Every time he had the ball in hand, the crowd knew that something was going to happen. LeBron scored some of his most iconic dunks in this season.

In the end, he won the regular-season MVP as well as his second Finals MVP on the same season.

There is a reason why the 95-96 Bulls are considered the most potent team ever assembled in the league. It was because of one player; Michael Jeffrey Jordan. This was the year when he showed his mettle to the world. He became so popular with his unreal performances that global news media started featuring his game stats.

Many critics and analysts believe that the other players in that squad were made to look better than they were because of the grandness of MJ. In some games, it looked as if he had the ball all the time. He was always one of those players who would inadvertently find himself at the heart of the action.

The phenomenal 72-10 record was established because of the collective team efforts of the Chicago Bulls. However, Jordan had a huge role to play in that. What better way to prove so by citing his stats that season. “His Airness” averaged 30.4 points per game and shot 42.7% from behind the arc.

This season was proof enough that Michael Jordan is one of, if not the greatest basketball players of all time.