France will travel to Qatar for the 2022 World Cup determined to defend the title they won four years earlier in Russia.

Their star-studded team is likely to enter the tournament with high hopes for another deep run, but they should be wary of the recent trend of tournament champions failing to advance out of their group.

France won the 2018 World Cup and the UEFA Nations League in 2021, but they were eliminated in the round of 16 at the postponed European Championships.

With only one victory in their previous six games, Didier Deschamps’ squad will be counting on their players to come through when it matters most in Qatar at the 2022 World Cup. 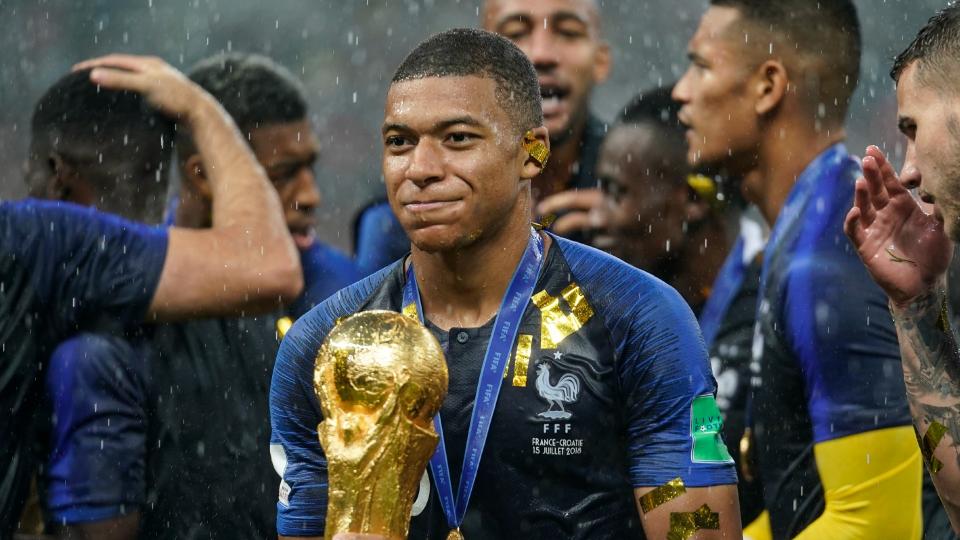 Before making his final roster selection for Qatar on Monday, November 14, Manager Deschamps had until Friday, October 21 to submit an official preliminary list of 35-55 players to FIFA.

One notable omission is Paul Pogba, who continues to recover from a knee injury but has been ruled out for the season due to a thigh injury. Pogba’s representative, Rafaela Pimenta, issued a statement to the press on October 31 confirming his inability to participate in the FIFA tournament.

While defender Raphael Varane was included despite an injury in the lead-up to the tournament, midfielder N’Golo Kante was ruled out due to injury. Ferland Mendy of Real Madrid and Boubacar Kamara of the New York Red Bulls were both left off the roster due to injuries.

Last but not least, there were rumors that Eduardo Camavinga might be cut, but that did not happen.

36 – Steve Mandanda (37 years and 226 days) and Olivier Giroud (36 years and 40 days) are the first two players over 36 years old called up for a World Cup with the French team. Experience. pic.twitter.com/5gnAUtTMyS

While Deschamps announced a 25-man roster, he left open the possibility of a late call-up. The 14th of November saw the late addition of Marcus Thuram. Later that day, it was announced that Presnel Kimpembe would be replaced by Monaco’s uncapped Axel Disasi because he had not yet fully recovered from an injury.

Christopher Nkunku was supposed to play for the team, but he got hurt on November 15 and had to be taken out. Randal Kolo Muani, a star player for Eintracht Frankfurt, has since replaced Deschamps in Qatar.

Ferland Mendy has NOT been selected for France's World Cup squad ❌ pic.twitter.com/Ptir2R22Jh

France have been drawn in Group D for the 2022 World Cup alongside Australia, Denmark and Tunisia.

In 2018, France also found themselves in group containing both Australia and Denmark.

Les Bleus will be the leading contenders to win Group D, with the Danes looming as arguably their sternest test.

A strong start will be vital for France against Australia, with a tougher match against Denmark looming just four days later.

Deschamps will likely look to field a strong starting team for this game and save any experimenting for the Tunisia clash, when they may have already sealed a spot in the Round of 16.

Deschamps has preferred a 3-4-1-2 formation recently, with his fullbacks deployed essentially as midfielders. It will be interesting to see who he starts in midfield next to Aurelien Tchouameni, with Eduardo Camavinga expected to play, but Matteo Guendouzi, Jordan Veretout, and Adrien Rabiot could all see time.