The  Australia team will be attending the 2022 World Cup in Qatar after a stringent qualifying campaign that resulted in a penalty shootout.

Even though they made it, the team as a whole didn’t exactly shine during qualifying.

Australia have named their squad for the 2022 World Cup in Qatar! 🇦🇺

Their 26-man squad features an incoming Newcastle signing and a former Scotland international.

To prepare for the match in Qatar, coach Graham Arnold has made it a priority in recent years to give younger players more playing time.

For the 2022 World Cup in Qatar, the Socceroos; were allowed to select a full roster of 26 players, up from the usual 23. Flowing this sportingnews.

On Tuesday, November 8; Springboks coach Graham Arnold announced his World Cup; roster. By Friday, October 21, Arnold could submit a preliminary roster of 35–55 players for consideration by FIFA; who required all final rosters to be turned in by no later than Tuesday, November 14.

Since the Socceroos don’t play again until the World Cup; recent club form and performances during qualifying were the deciding factors in selecting the squad.

Garang Kuol; a teenage sensation, has made the cut and will join Newcastle United in January. 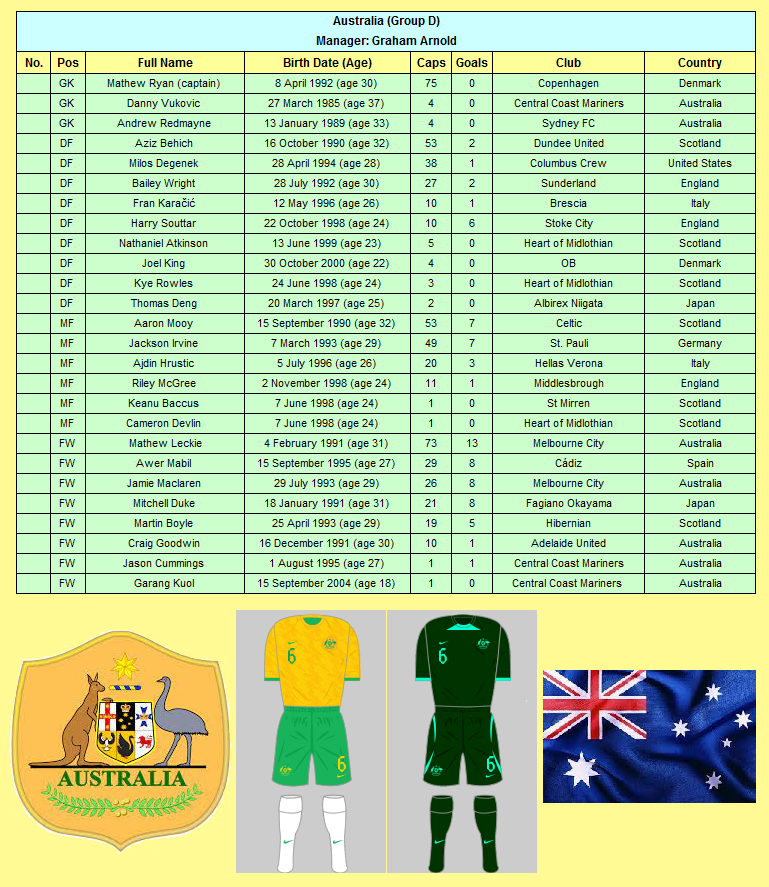 With less than a month to go until the World Cup, Australia are fortunate to have few injury concerns.

Hibernian attacker Martin Boyle was forced from the field on October 30 but resulting scans confirmed his injury wasn’t as bad as first feared and he’ll be fit in time for Qatar.

Midfield star Ajdin Hrustic is currently battling an ankle injury and has missed multiple games with Hellas Verona but Socceroos coach Graham Arnold is confident he’ll be fit in time for the World Cup.

“He feels that he’ll be ready. We’ve got that bit of time to watch him and see where it’s at now,” Arnold said on ABC Grandstand on October 30.

Centre-backs Harry Souttar and Kye Rowles have both overcome injuries just in time for the World Cup. Souttar was on the bench for Stoke City on November 6, while Rowles came on as a substitute for Hearts on the same day.

Some feeling to be back on the pitch ⚽️🔴 https://t.co/T5yAcvSS59

Australia have had a mixed 2022 to date but did just enough to book their place at a fifth straight World Cup.

The Socceroos have failed to escape their group since 2006 and will be hoping this is the year they can progress further.

Scotland-based Aaron Mooy and Martin Boyle are two of the more consistent performers for this current Australia team.

Playmaker Ajdin Hrustic; has also shown glimpses of his star potential and is currently playing in Serie A with Hellas Verona – his ability to create will be key to igniting the Socceroos attack. A recent injury has, however, cast some doubt over whether he will be able to play at the World Cup.

Teenager Garang Kuol is a rising star and will join Newcastle United in January after starring at club level in Australia. 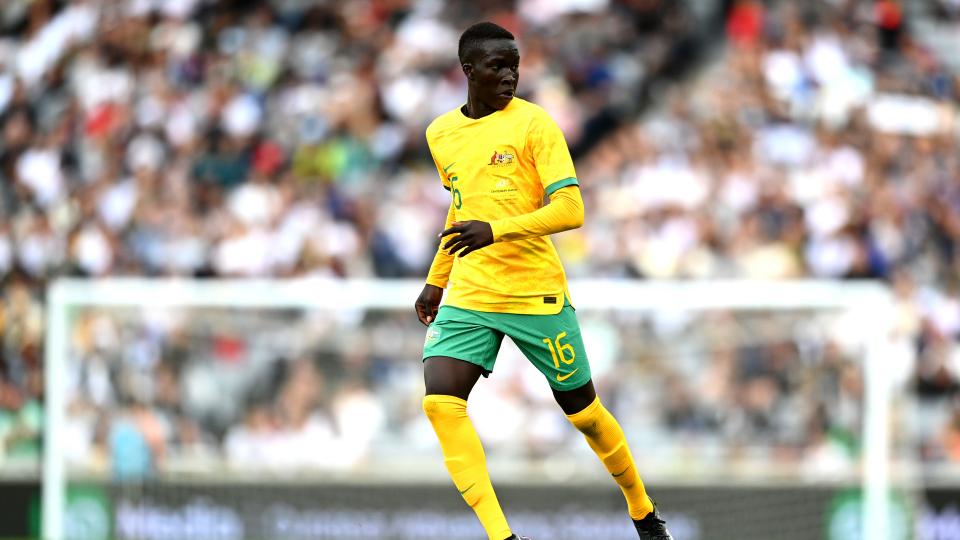 Just like the squad, Australia’s starting side for the 2022 World Cup is still very much a calculated guess at this stage.

In the Socceroos’ two playoff matches, they deployed a 4-1-4-1 formation but prior to that were using a 4-3-3 variation with two of their midfielders sitting deeper.

For the World Cup, Arnold may opt for a more defensive formation with group games against France, Denmark and Tunisia set to test their backline.