Andrea Dovizioso is aware of the threat of Maverick Vinales 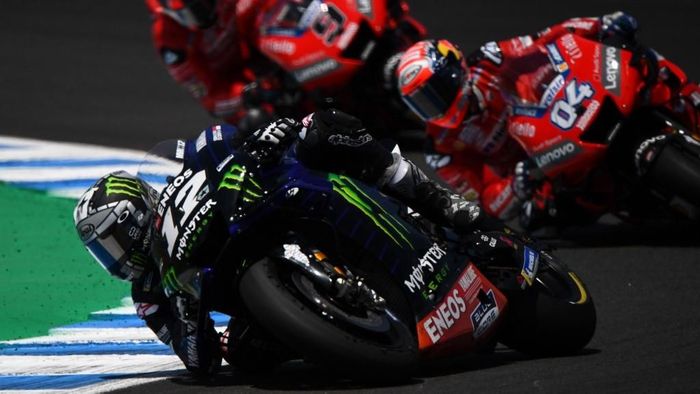 This season’s title has been locked by Marc Marquez after winning the Thailand series a week ago. As a result, the second finish is currently contested by three riders: Dovizioso, Alex Rins, and Vinales.

Judging from the acquisition of numbers in the MotoGP standings, Dovizioso is indeed the front runner to end the season under Marquez. Dovizioso collected 215 points, 48 ​​points ahead of Rins (3) and 52 points from Vinales (4), while the championship left four series.

The 16th series of this season will roll in Motegi, Japan on 18-20 October. Dovizioso is optimistic looking at the next race.

“There is Maverick who I think is going very well and the circuits in the races ahead are not all good for us,” the Ducati driver told Sky Sport. “We must try to bring home many important points and Japan can be a good race for us.”

“Rins will also always compete, so you have to get points and continue the work for next year. We are already at a very good level, we have competed in the championship in the last two years and we are fast. However, it is not enough because we fought Marc which is really tough.”

Related TopicsAndrea Dovizioso is aware of the threatof Maverick Vinales

PFL 7: Brendan Loughnane triumphs in his debut with the promotion
In order to ensure fight with Dustin Poirier, Dan Hooker is willing to donate money to his foundation